Your trusted Vancouver electricians. With more than 60 years of collective experience, founders Sean and Glen have earned a reputation as leading North Vancouver electricians. Founded in 2009, TCA Electric has since become North Vancouver’s most trusted commercial and residential electrician. Having worked side by side for many years, Sean and Glen brought their collective knowledge and experience together to create a unique company with an incredibly diverse range of electrical services. 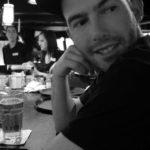 Born and raised in County Cork, Ireland, Sean completed his secondary school education in 2000. Two days later he started his apprenticeship with Ahern Electric, where he became a qualified journeyman in just four years. He spent six years working for Ahern, and gained experience working in hospitals, schools, and industrial sites such as Pfizer Ireland and Johnson & Johnson.

After a family holiday in 2004, to visit his sister, who had moved to Vancouver 10 years prior, Sean knew he wanted to live in Canada. In 2006 he immigrated, deciding to settle in beautiful North Vancouver. Shortly after arriving he found a job with MDE Electrical, working in new high-rise developments and doing electrical maintenance at Vancouver General hospital. In order to broaden his electrical experience, Sean took an opportunity to work for Fowlstone Electric, where he gained experience working on high-end custom homes in the British Properties, Point Grey, and Bowen Island.

In his spare time, Sean enjoys taking advantage of what B.C. has to offer. You can often find him downhill mountain biking in Whistler, snowboarding on Cypress Mountain, or challenging “Natures Staircase” on the Grouse Grind. He resides in North Vancouver with his beautiful fiancé Tracey, their dogs Keely and Moose, and cat Day-Z.

Glen has been fascinated with electronic and electrical work all his life. During a secondary school hobby show, he designed and built several radio receivers. These won him two prize ribbons and the grand prize trophy. He continued with his passion in post-secondary choosing to study at BCIT, UBC, IBM, and with the military.

Being an honor graduate in advanced electronics, with an electrical TQ and a high voltage certificate, Glen has developed an extremely diverse work history. He has experience in: field service work with IBM, control diagnostics at electric power generating stations, commercial and industrial installations of all types, high voltage system maintenance, variable speed electric drive maintenance, and the list goes on. In addition to his field work, Glen has also taught courses at BCIT, IBM, and the military.

In his spare time, he tends to his indoor plants and outside garden. He enjoys nature and can often be found walking along the river in the forested park near his home. His favorite sports are tennis and Formula One.

From small jobs to major commercial projects, TCA Electric is here for all of your North Vancouver electrical needs. Contact us today!