As top Vancouver electrical contractors, we’ve worked on many interesting electrical projects over the years here at TCA Electric. Our Project Spotlights blog series is our way of highlighting some of our favourite projects, and today we have another edition for our readers, as we took part in a major renovation for a good cause.

TCA Electric was called in to provide electrical expertise as part of a renovation project for Solid State, a non-profit organization that builds co-ops for at-risk youth. Our work would also be in the spotlight, as this was our second project to be featured on the TV program Holmes on Homes! This project required all of our electrical consulting knowledge and skills to complete, and our talented Vancouver electrical contractors were up to the challenge.

For this project, our team worked with RDC Fine Homes, a skilled custom home builder based out of nearby Whistler, BC. This was our second project with RDC, the first being our work on the Working Gear renovation, which we covered in our previous Project Spotlight post. As we were already working with them on a major renovation, we were eager to lend our electrical talents to this project as well!

The project: A renovation for a critical community space 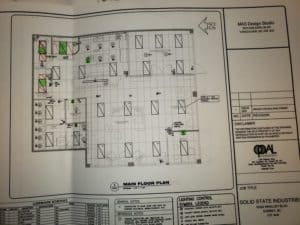 The Solid State renovation was to be a major overhaul of their space in Surrey, BC, requiring the skills of contractors in many industries. As expert Vancouver electrical contractors, our primary role was to provide electrical insight, and to give logistical advice regarding the electrical distribution and all lighting aspects. We were also there to troubleshoot existing electrical systems and ensure that everything was up to code.

This project featured many unique aspects. The space itself belonged to Solid State, a non-profit organization that seeks to create cooperatives as critical community spaces to be used by local at-risk youth. We always hold ourselves to high standards at TCA, but we especially wanted to succeed on this project done in service of such an important mission. As this was our second Holmes on Homes project, there was also a TV crew on site at all times as we worked.

The challenges: Troubleshooting and an unexpected setback

Besides the challenges of working around a TV crew, we had to maneuver around a few other obstacles in completing this project. One challenge was the existing electrical systems and incoming power distribution, which was not up to current BC electrical code. We would need to perform a great deal of troubleshooting to assess what portions of the building had power already and what would need to be redone. Solid State also wanted a master power override that could turn off power completely, as well as a time clock that would turn the lights on if someone were to come in after hours.

In addition to these electrical challenges, we also faced an unexpected setback: during the project, the space was broken into, and a few items were stolen. The TCA team lost some wire, while RDC lost several tools and equipment. No one was injured, however, and our teams pushed on with completing the project. 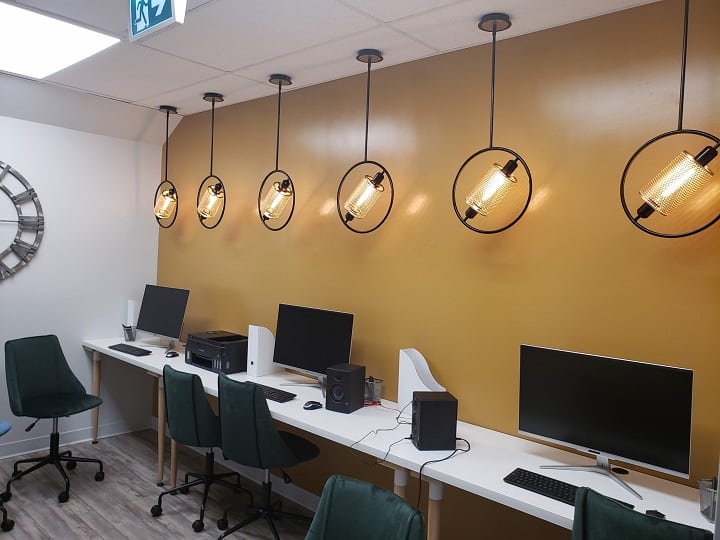 The result: A revitalized co-op space

By the end of the project, our assembled team of Vancouver contractors had revitalized the entire co-op space. TCA expertly solved all of the electrical challenges, bringing the building’s distribution and power systems up to code, installing lighting for the client, and providing the necessary controls to meet the client’s specific needs. RDC, meanwhile, completely updated and renovated the interior, providing the entire space with a fresh new look.

As with our earlier project with RDC and the Holmes on Homes crew, this was a wonderful experience. Completing this project for such a good cause was very rewarding, and working near a TV crew was very unique! “The Solid State project was a very cool and fun opportunity,” said John Urrea, project manager. “I will say, though, there were definitely moments where I felt nervous! It was a very different experience working with a cameraman on site and being filmed as I worked.”

We love the work we do here at TCA Electric, and sometimes that work even finds its way into the limelight! We were happy to work on this renovation, and we hope our readers have enjoyed this peek into one of our favourite projects.

And if you’re in need of professional and courteous electrical contractors in Vancouver, the TCA team is standing by to take your call! We offer a complete selection of services covering both residential and commercial electrical needs. Whether your project is big or small, TCA Electric has you covered. Contact us today!