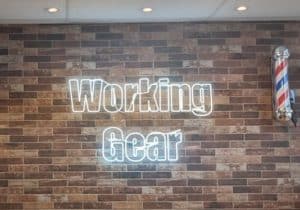 In our TCA Electric Project Spotlights series, we like to share some of the most interesting and unique projects we’ve worked on as electrical contractors in Vancouver. In today’s blog post, we’re sharing a project readers may have already seen before—because it was part of a renovation featured on the TV show Holmes on Homes!

The TCA team was called on for a complete electrical overhaul as part of a renovation project done on behalf of the Working Gear organization. This Vancouver project took all of our expertise as electrical contractors to complete, with the added pressure of working in the limelight. But in the end, the TCA Electric team came through!

For this project, TCA Electric worked with a brand-new client: RDC Fine Homes, an award-winning custom home builder based out of Whistler, BC. TCA owner Sean Tobin reached out to RDC, introducing our company and our expertise as electrical contractors in Vancouver.

As their work consistently exemplifies impressive innovation and sustainable design, we were eager to make a connection. So when RDC asked us to join them and the Holmes on Homes team for a project, we jumped at the chance to work with them both!

The project: Electrical work for a good cause

The scope of this project was quite broad. TCA would be installing various lighting fixtures, including exit lighting and 2 by 4 LED fixtures; supplying general power for outlets and equipment power for the HVAC system; putting in baseboard heaters throughout the building; and adding a new electrical panel.

This complete electrical overhaul would all be in support of Working Gear, a registered charity located on Powell Street right here in Vancouver. Working Gear provides interview- and industry-appropriate clothing and gear to low-income or unemployed individuals in search of employment. They even have a barber on site in order to make sure everyone leaves looking their best.

All of this work was to be completed on time for TV scheduling, and of course we were determined to uphold TCA’s standard of producing top-quality work.

The challenges: Working with an audience!

This was our first-ever Holmes on Homes project, and the complete renovation was to be aired on TV. But that meant, in addition to working alongside other trades, we were also working with a filming crew on site throughout the project. This was a completely new and exciting experience for us.

Of course, along with this unique challenge, the project was not without a few twists and surprises. One challenge was in installing the electrical panel, as we had to figure out a specific path to get the device hooked up. The emergency lighting was also underpowered in the drawings, which meant we had to alter the design to add more battery backs.

Finally, the seismic restraints presented a challenge to us in making sure everything was safely constructed and installed. A seismic engineer’s role is to ensure that a structure will avoid major damage or collapse in the event of an earthquake. The lighting in this building was complex, so we had to work with the contractor as well as the city to make sure the lighting was approved.

The result: A successful electrical renovation

In the end, this major renovation came together, with contractors from a variety of trades all coming together to make the project happen. For our part, TCA’s team of electrical contractors navigated all of the unique challenges of this project, providing solutions that balanced the spirit of the original design with the demands of electrical code as well as the existing structure and mechanical equipment.

Our team gave expert input on fixture locations for general lighting, and we also helped to determine the best placement for outlets to both adhere to electrical code standards and place them in locations where they would be most accessible. With such a major project on behalf of a very important cause, this was a highly rewarding project, and we’re incredibly grateful to have been a part of it!

Sometimes our work takes us to unexpected places, and this project was no different. In the end, though, we were glad to lend our electrical expertise to this renovation done for such a good cause.

TCA Electric is Vancouver’s leading team of electricians, with electrical service offerings covering residential, commercial, and marina electrical needs. We love the work we do here at TCA, and we hope our readers have enjoyed this peek into one of our most interesting projects! For more from the TCA team, subscribe to our blog and be sure to follow us on our social media channels: Twitter, Instagram, and Facebook.